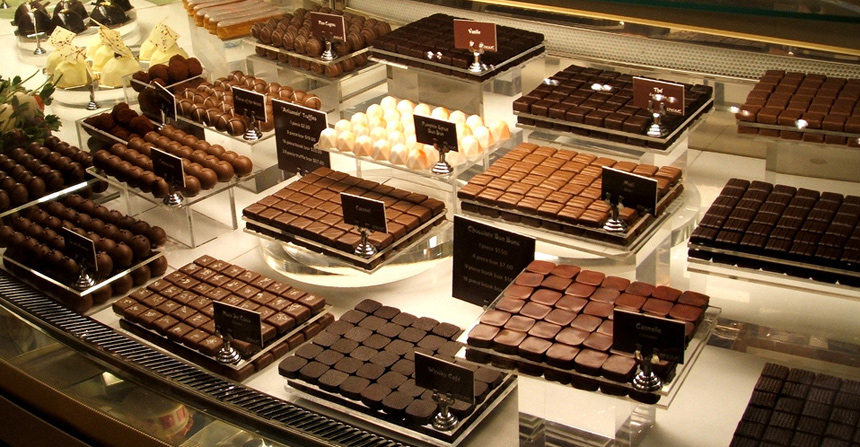 Who, what, why: Does the shape of chocolate change its taste?

Some chocolate lovers say Dairy Milk tastes different since its shape was changed but Cadbury insists the recipe is the same. So can the shape of chocolate change its taste?

It’s one of the nation’s favourite chocolate bars, so changing anything about Dairy Milk is always going to ruffle a few feathers.

The classic angular chunks had a makeover last year and are now curved. But since the change it’s the taste of Dairy Milk that has become the topic of heated debate. On internet forums, most notably Mumsnet, some consumers say it now tastes “oily” and “sickly”.

Cadbury says the recipe has not changed, just the shape. “This undoubtedly helps to improve the melt-in-the-mouth experience and the feedback from consumers has been extremely positive,” says spokesman Tony Bilsborough. But can shape change the taste of chocolate?

Absolutely, say scientists, chocolatiers and chefs. Shape determines how quickly chocolate melts in the mouth and this determines the order and speed different food molecules are released on to the tongue and into the nose. Because Dairy Milk has changed shape it will melt differently in the mouth, potentially changing the release of molecules from its ingredients, and thus its flavour.

“The speed with which the chocolate is broken down from hard to molten determines the time release of flavours,” says Prof Barry C Smith, co-director and founder of the Centre for the Study of the Senses.

“The new shape could mean the chocolate is melting quicker as it is being heated in the mouth quicker. That would change the flavour.”

Research has been done into the subject. Results of a recent study by scientists at Nestle concluded that shape does influence texture and flavour perception. A round shape was one of the best when it came to melting and smoothness.

“If a shape has a large surface area you will get a more rapid release of molecules from the food,” says Prof Peter Barham, an expert in food science and molecular gastronomy at the University of Bristol.

“The perception of flavour is influenced by a lot of things and shape is one of them.”

The new curved shape of Dairy Milk has come at the same time as a shrinkage of the bars from 49g to 45g.

The fact it fits the shape of the mouth better, and so melts quicker, could account for claims that it now tastes more “oily”, says chef Simon Rimmer.

“If it is melting in the mouth quicker the oil from the cocoa solids in the chocolate would get to the taste buds quicker. You may get a oily hit from it,” he says.

Alasdair Garnsworthy, head chocolatier with the Chocolate Society, says he uses different shapes depending on the flavours he is using in his chocolates.

But shape doesn’t only influence how molecules are released in the mouth, it also has an impact visually.

“Most food is selected with the eyes before anything else,” says Smith. “If it looks different from what people are used to they often perceive the flavour to be different.

“People will also have an expectation of what they think Dairy Milk will taste like after eating it for years and if they think it tastes different there is a mismatch between the two, which can be perceived as a bad thing.

“Modern molecular cooking plays with expectation. Chefs like Heston Blumenthal produce amazing food. It’s fun in a nice restaurant but most people don’t want that in everyday life. They want things to taste how they have come to expect them to taste.”

Also people’s memory of food and shape can affect the perception of flavour.

“If you’ve previously eaten something which is a similar shape and not liked it that can affect how much you like what is currently in your mouth,” says Barham.