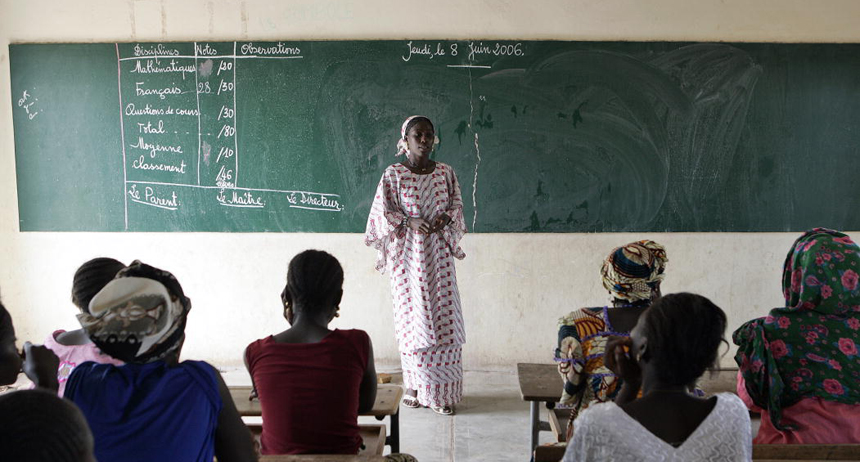 When Will Women Rule the World?

World leaders have long recognized the value of empowering women, for their sake and to help achieve such long-term social goals as eradicating poverty, educating children, combating disease and protecting the environment. But how much progress toward gender equality is being made?

This is a question that former Secretary of State Hillary Clinton has pledged to answer — by 2015, the 20th anniversary of the groundbreaking United Nations conference on gender issues in Beijing.

It’s a great idea to measure progress and to use the Beijing conference as a landmark. The 12 strategic objectives set out there in 1995 offer a sensible framework for improving the lot of women. They focus on areas such as freedom from violence, decision-making power, economic equality, health care, education, management of natural resources and perceptions of women.

Problem is, the measurement of progress remains fragmented and incomplete. Entities including the UN, the Organization for Economic Cooperation and Development, and the World Economic Forum have created an alphabet soup of indicators aimed at tracking the gender gap, all with their own drawbacks and blind spots.

Measures of gender inequality that rely on income as a proxy for economic empowerment, for example, fail to recognize that a woman’s contribution to the household can’t always be measured in monetary terms, and that a woman’s income is meaningless if she doesn’t get to decide how to spend it. Measures that use longevity as a proxy for violence ignore the effects that sexual and other abuse can have on a woman’s ability to reach her potential. Many data are collected too infrequently or in too few countries to be useful.

What’s needed is a concerted, global effort to collect meaningful data and create indicators matching the Beijing objectives. This would entail cataloging the available information, identifying gaps, agreeing on international standards and helping poorer governments with the task of data collection. It would also involve asking slightly different questions. How many hours, for example, do women spend on unpaid domestic work? Who holds the purse strings in the household? Are men’s attitudes toward women changing?

A model for action can be found in the UN’s Millennium Development Goals — eight specific, measurable targets in areas such as poverty reduction, education and health that are supposed to be realized by 2015. Although far from perfect, the actionable targets have engendered more progress than many expected. They have done so because the UN and many of its most influential members made them a priority.

Women’s rights can and should play a bigger role in the millennium goals. But they also need an independent focal point, an entity that can coordinate public and private initiatives, act as a clearinghouse for information, and enlist the cooperation of a wide range of developed and developing nations. The UN is probably the only organization that meets all the requirements — and it has a ready-made vehicle, known as UN Women, which was set up in 2010 specifically to promote gender equality and empowerment.

The world has made great strides toward closing the gender gap in areas such as health and education, but in most areas there’s still a long way to go. At the largest U.S. companies, for example, only about 1 in 5 board members are women, according to Corporate Women Directors International. In 86 developing countries tracked by the OECD, an average of 1 in 2 women believes domestic violence is justified in certain circumstances.

Everyone has a stake in the success of efforts to close the gender gap. In research published by the OECD, economists estimated that for 30 developed countries, full convergence in male and female labor-force participation rates alone has the potential to boost economic growth through the year 2030 by an average of 12 percent. A World Bank study in Pakistan found that households where women have more decision-making power spend more money on education, eat healthier food and are more likely to have their children enrolled in school.

What the effort needs is the kind of political will that Clinton and others are already beginning to generate. Hopefully, 10 years from now, we’ll be able to say that it has made a measurable difference.