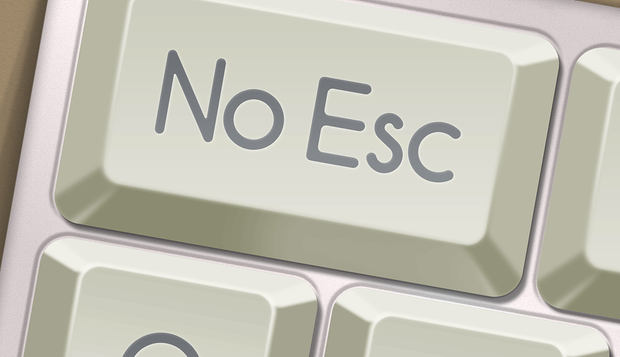 Imagine the government passed a law requiring all citizens to carry a tracking device. Such a law would immediately be found unconstitutional. Yet we all carry mobile phones.

The primary business model of the Internet is built on mass surveillance, and our government’s intelligence-gathering agencies have become addicted to that data. Understanding how we got here is critical to understanding how we undo the damage.

Computers and networks inherently produce data, and our constant interactions with them allow corporations to collect an enormous amount of intensely personal data about us as we go about our daily lives. Sometimes we produce this data inadvertently simply by using our phones, credit cards, computers and other devices. Sometimes we give corporations this data directly on Google, Facebook, Apple Inc.’s iCloud and so on in exchange for whatever free or cheap service we receive from the Internet in return.

The NSA is also in the business of spying on everyone, and it has realized it’s far easier to collect all the data from these corporations rather than from us directly. In some cases, the NSA asks for this data nicely. In other cases, it makes use of subtle threats or overt pressure. If that doesn’t work, it uses tools like national security letters.

The result is a corporate-government surveillance partnership, one that allows both the government and corporations to get away with things they couldn’t otherwise.

This partnership manifests itself in various ways. The government uses corporations to circumvent its prohibitions against eavesdropping domestically on its citizens. Corporations rely on the government to ensure that they have unfettered use of the data they collect.

Here’s an example: It would be reasonable for our government to debate the circumstances under which corporations can collect and use our data, and to provide for protections against misuse. But if the government is using that very data for its own surveillance purposes, it has an incentive to oppose any laws to limit data collection. And because corporations see no need to give consumers any choice in this matter — because it would only reduce their profits — the market isn’t going to protect consumers, either.

Our elected officials are often supported, endorsed and funded by these corporations as well, setting up an incestuous relationship between corporations, lawmakers and the intelligence community.

The losers are us, the people, who are left with no one to stand up for our interests. Our elected government, which is supposed to be responsible to us, is not. And corporations, which in a market economy are supposed to be responsive to our needs, are not. What we have now is death to privacy — and that’s very dangerous to democracy and liberty.

The simple answer is to blame consumers, who shouldn’t use mobile phones, credit cards, banks or the Internet if they don’t want to be tracked. But that argument deliberately ignores the reality of today’s world. Everything we do involves computers, even if we’re not using them directly. And by their nature, computers produce tracking data. We can’t go back to a world where we don’t use computers, the Internet or social networking. We have no choice but to share our personal information with these corporations, because that’s how our world works today.

Curbing the power of the corporate-private surveillance partnership requires limitations on both what corporations can do with the data we choose to give them and restrictions on how and when the government can demand access to that data. Because both of these changes go against the interests of corporations and the government, we have to demand them as citizens and voters. We can lobby our government to operate more transparently — disclosing the opinions of the Foreign Intelligence Surveillance Court would be a good start — and hold our lawmakers accountable when it doesn’t. But it’s not going to be easy. There are strong interests doing their best to ensure that the steady stream of data keeps flowing.

(Bruce Schneier is a computer security technologist. He is the author of several books, including his latest, “Liars and Outliers: Enabling the Trust Society Needs to Thrive.”)