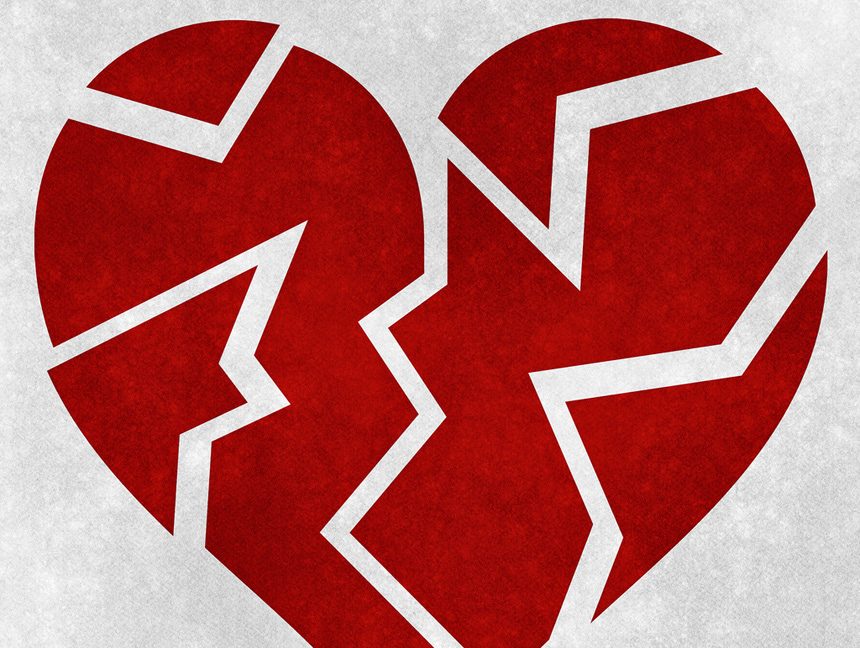 Equating rejection with physical pain is written right into our language—get rebuffed at the bar and your friends will all go, “Ouch,” while you contemplate how bad that stings.

But the two pains have a neurological connection, too. Researchers at the University of Michigan Medical School have discovered that your brain responds to social rejection by releasing natural painkillers, just as it does when facing physical pain.

When a person feels physical pain, their brain releases chemicals called opioids into the space between neurons, dampening pain signals. The team at Michigan found that they could stimulate the same area of the brain, known as the mu-opioid receptor system, by making people feel that they had been turned down via online dating.

The researchers had 18 volunteers view fake personal profiles—with photos and interests—and had volunteers select a few fake people they might be interested in dating. Then, as the volunteers were lying in a PET scanner, they were told that the fake people just weren’t that into them.

Even though it was made clear before the test that the profiles weren’t of real people, the faux-jection was enough. The brain scans taken as the romantic fancy of the volunteers were crushed, showing opioid release in the ventral striatum, amygdala, midline thalamus, and periaqueductal gray—areas of the brain that are also involved in physical pain.

“This is the first study to peer into the human brain to show that the opioid system is activated during social rejection,” said David T. Hsu, a research assistant professor of psychiatry.

Not only that, as part of both the way the brain copes with pain and part of its reward system, opioid release also accompanied the news that a fake person had expressed interest in participants. Again, these were opinions of fake people, which nevertheless warranted neurological reaction.

The tests also uncovered chemical correlations to certain personality traits. It seems that people who are getting right back up on that horse are the ones who are getting a healthy dose of opioids when they fall off. “Individuals who scored high for the resiliency trait on a personality questionnaire tended to be capable of more opioid release during social rejection, especially in the amygdala,” Hsu said.

When more opioids were released in another area, the pregenual cingulate cortex, while being spurned, the less the participant reported being put into a bad mood via the rejection.

As scientists determine how we cope in the brain, they hope it leads to better drugs and treatments for people suffering from social disorders, or those who don’t recover from rejection.

“It is possible that those with depression or social anxiety are less capable of releasing opioids during times of social distress, and therefore do not recover as quickly or fully from a negative social experience.  Similarly, these individuals may also have less opioid release during positive social interactions, and therefore may not gain as much from social support,” said Hsu.

The results of the study can be read in full in the journal Molecular Psychiatry. If nothing else, the study also proved that even as much as internet dating tries to insulate you from the sting of rejection, people still feel the blow of getting blown off—even knowing that the rejector isn’t real. On the plus side, if you need that opioid hit, just knowing that a fake person is interested can give you a boost.