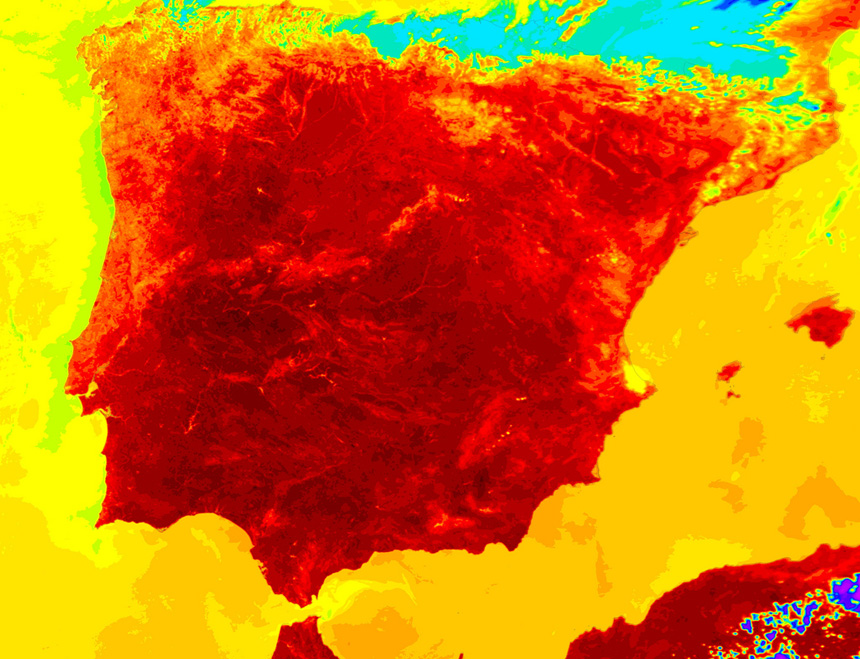 ‘Our generation is a lost cause’: Spain’s youth struggle to chart a life amid economic crisis

MADRID, Spain – In a country where more than 55 percent of young people are unemployed, even an obsession with bolstering your resume is no guarantee of success.

Barbara Victoria Palomares-Romero, 22, is qualified to work in restaurants, nurseries and hotels. Since leaving high school, she’s trained as a secretary, air conditioning technician and funeral cosmetologist, which is her profession of choice.

Palomares-Romero, who has no income other than the 50 euros (about $66) a month her parents give her, had the bad luck of coming of age in a country – and continent – in crisis.

Once envied around the world for its high standard of living and booming economy, Spain is now suffering with a 26 percent overall unemployment rate – but the numbers skyrocket to more than double the national average when it comes to people under 25. Talk is rife of a lost generation unable to properly transition into adulthood.

“Our generation is a lost cause because they don’t let us work,” said Palomares-Romero, who lives with her parents in Orcasitas, a working-class neighborhood in the south of  Madrid.

Relief could be years away. The International Monetary Fund (IMF) recently forecast that the country would be stuck with 25 percent plus general unemployment for another five years.  This is one of the highest rates in the entire industrialized world.

“The economic crisis has hit young people especially hard,” said Almudena Moreno, a sociologist and author of a report on delayed adulthood in Spain.  “That’s because the youth are the most fragile and vulnerable sector of our economic system.”

An estimated seven out of ten Spaniards between the age 20 and 29 still live at home, according to Moreno’s 2012 report.

While youth in Spain have traditionally chosen to live with their parents until a relatively late age – close to 29, compared to 23 in Finland, for example – this decision is imposed on them by joblessness and precarious work conditions, Moreno said.

“Young people (used to) choose to stay at home, for reasons of convenience, to finish their studies,” she said. “Now it is an imposition, there is no option.”

And living with parents is no assurance of financial security: In almost 2 million homes, every member of the family is unemployed, according to government statistics.

Many of Cecilia de la Serna’s counterparts have delayed or abandoned hopes of finding a stable career, a home and a family, says the 22-year-old university student who dreams of becoming an investigative reporter one day.

“It feels like you are going to lose half your life until you have stability,” she said. “And I’m not even talking about having children. We don’t know when we will have children, or even if we will be able to have them.”

The government of Prime Minister Mariano Rajoy has slashed social programs and made it easier for employers to fire workers under an austerity plan meant to cut debt and foster growth. While it has a plan meant to improve youth unemployment, actual spending on issues related to the young in Spain lag far behind many European counterparts, according to Moreno’s report.

The IMF, meanwhile, is calling for more. “The reform effort must continue,” James Daniel, the organization’s top man in Spain, said on Aug. 2.

Ramón Espinar Merino, a 27-year-old unemployed political scientist, blames the crisis precisely on the system he says is being imposed on the country.

Espinar Merino, who lives with family, is also a spokesman for grassroots organization Juventud Sin Futuro (Youth Without Future), which was set up more than two years ago amid a broad coalition of groups demanding an alternative to the punishing economic reforms.

The organization’s “We’re not going, they’re kicking us out” campaign highlights another aspect of the crisis – the flood of young and often educated Spaniards leaving the country in hopes of finding a future abroad.

A world map on the organization’s website dotted with bios of young Spaniards offers of glimpse of the ongoing brain drain.

“Francesc Tores,” 29, says he’s working in Almaty, Kazakstan as an engineer.  “Sofia Olivia Sanchez,” 25, is a nurse in Dun-sur-Auron, France.

“Spain is losing many valuable people with brains, with a lot to do and offer,” said Laura Belenguer Ortiz-Villajos, a 27-year-old job seeker and masters student in radio. “People of my generation need to put into practice what is in their heads, and in Spain this is very hard to do.”

Official statistics show that the number of Spaniards between the ages of 15 and 29 who left the country jumped by a third between 2009 and 2013.

But while many counterparts can leave the country, Palomares-Romero sees no way out.

“The situation is bad and getting worse,” she said.  “Spain is looking like the worst country in the world.”