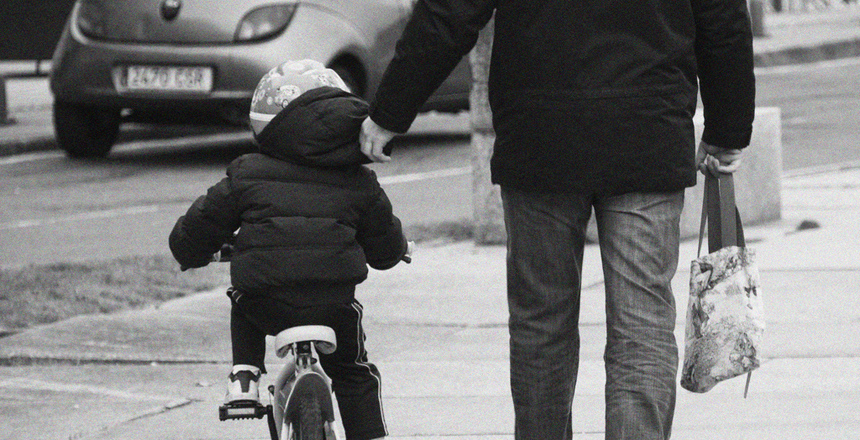 Researchers analyzed male testicle size and were able to correlate it to a man’s parenting strategy in a new study. The researchers findings suggest that males with larger testicles were less involved parents — in general they spent less time caring for their children and had a decreased brain response to images of their child.

Having a father around has multiple benefits for children — behaviorally, socially, and health-wise. But, for some reason some fathers still choose not to invest in parenting their children. And this number of absent fathers seems to be growing.

The researchers, led by James Rilling of Emory University, wanted to know why some fathers were more involved than others. “Our study is the first to investigate whether human anatomy and brain function explain this variance in parenting effort,” study researcher Jennifer Mascaro, said in a press release.

They measured the testicle size of 70 new fathers from the Atlanta area between 21 and 43 years old. They also analyzed their brain activity in regions implicated in parental motivation when shown images of their child and quizzed their wives about the man’s involvement in child rearing.

See the results below, where caregiving is reported on a scale in which 72 — the flat dotted line — means the mothers and fathers share the burden equally. Scores below 72 mean mothers take a greater burden of the work:

These findings support an evolutionary theory called The Life History Theory, which suggests that every animal faces a trade-off in when they invest energy into either parenting or breeding. On one hand, males can invest a lot of energy into making a lot of sperm, but that might steal from the energy available to put into parenting.

This theory is usually used to explain different mating and parenting strategies in animals of different species, but this study provides the most direct support showing how these strategies can differ within a species, specifically within humans.

We don’t know what environmental factors determine testes size, and we don’t know if ball size is the cause or result of different approaches to mating and parenting in males.

The authors suggest that more invested fathers may have been impacted by early-life stress or unpredictability, possibly even the absence of their own fathers. Luckily our personalities aren’t just dictated by biology — there is variation in parental involvement even within males with similar biological characteristics.

“The fact that we found this variance suggests personal choice,” Rilling said. “Even though some men may be built differently, perhaps they are willing themselves to be more hands-on fathers. It might be more challenging for some men to do these kinds of caregiving activities, but that by no means excuses them.“