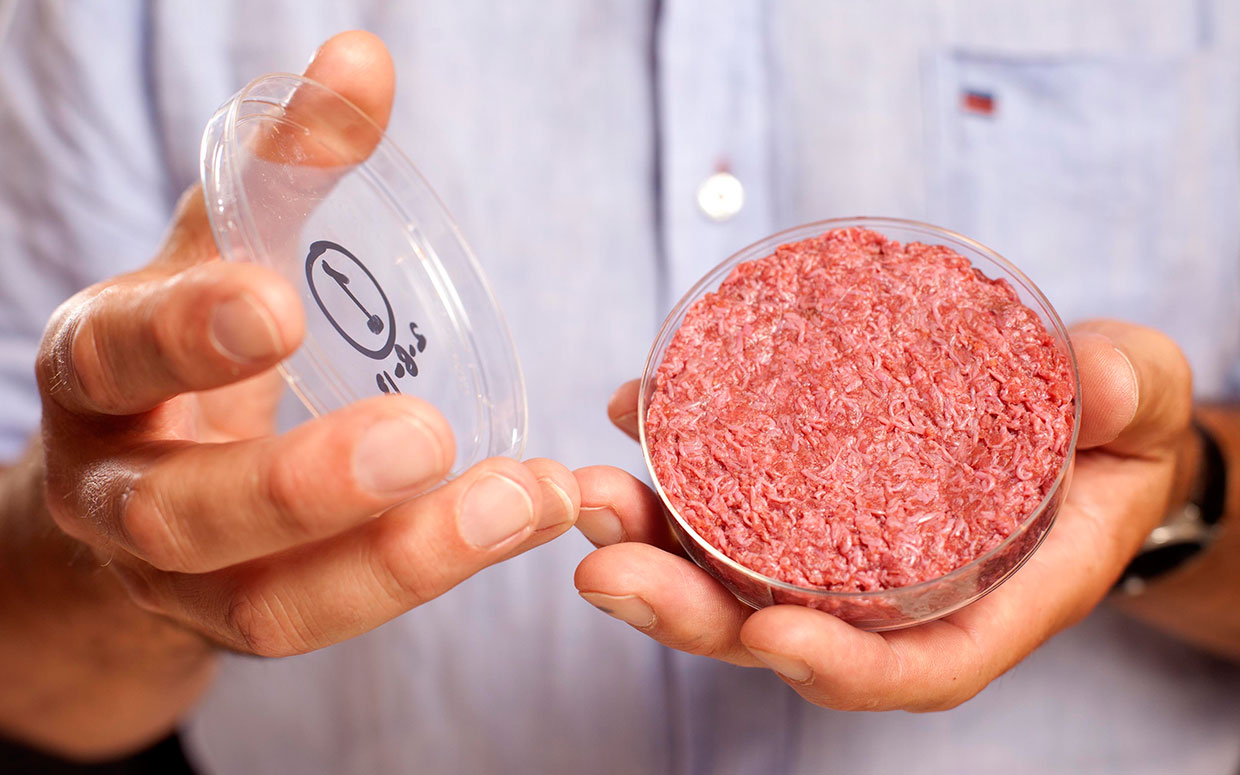 The first lab-grown beef hamburger was cooked and eaten in London on Monday. “We proved it’s possible,” said scientist Mark Post, who created the cultured minced meat in his lab at Maastricht University in the Netherlands. He said his hope is to come up with a new and environmentally friendly way to feed the world.

The scene in Riverside Studios in West London, where the event took place, looked like something you might see on a TV cooking show: There was a fake kitchen counter, a tiny sink, a single burner and, of course, a chef — Richard McGeown, who has worked with such culinary stars as Gordon Ramsay.

The five-ounce burger patty — which cost more than $330,000 to produce and was paid for by Google co-founder Sergey Brin — arrived under a silver dome and was promptly put onto a pan to sizzle with a dab of butter and a splash of sunflower oil. The smells that drifted off toward the audience (a few invited journalists and scientists) were subtle but unmistakably meaty.

Next came the tasting. Besides Post, only two people were allowed to have a bite of the test-tube burger: Josh Schonwald, the American author of “The Taste of Tomorrow,” and Hanni Rützler, an Austrian nutritional scientist. Both said the burger tasted “almost” like a conventional one. No one spat the meat out; no one cringed.

Post said that lab-cultured meat can play an important role in the future: Not only could it help feed the planet, but it also could help solve environmental problems stemming from conventional meat production. “At the global level, if all meat would be lab-grown, the greenhouse gas emissions could be reduced by 80 percent, and the water use by 90 percent,” says Hanna Tuomisto of the European Commission Joint Research Centre, who researches potential environmental impacts of lab-grown meat.

As for the nutritional benefits of cultured meat, the jury is still out. But Boston University’s Joan Salge Blake, a registered dietician and the author of “Nutrition & You,” says it has the potential to be healthier than conventional meat. “If they replace the saturated fats with omega-3 fats, that would be great for our health,” she said.

Although the burger was a culmination of a five-year research project, it took Post only three months to grow it, using stem cells harvested from a cow’s shoulder. “That’s faster than [raising] a cow,” he said. Stem cells not only proliferate rapidly but can differentiate into various kinds of cells: muscle cells, bone cells, etc.

The type of stem cells that Post used, called satellite cells, are responsible for muscle regeneration after injury.