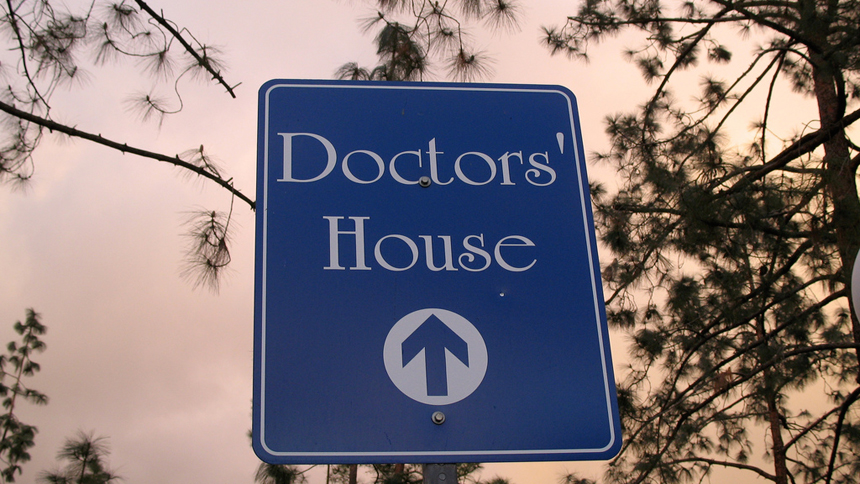 Is the internet making you (think you’re) ill? You’re a cyberchondriac

Who hasn’t tried to self-diagnose via the internet’s sweetshop of syndromes? But beware the people making money out of your paranoia.

Ever lost yourself for a few hours, dreamily browsing through the endless incarnations of brain cancer? Ever sat at your laptop, doggedly convinced that you could prove your tiredness after a day at the office was something way trendier than stress, like anaemia? Then congratulations: I diagnose you with cyberchondria. That’s hypochondria for the digital age, FYI, and according to a study in the Cyberpsychology, Behaviour and Social Networking journal (in case you hadn’t quite got round to reading your copy this month), it’s on the rise. And you thought you only had brain cancer to worry about.

I’m going to safely assume that most people reading this have indulged in a bit of disease tourism at some point in their lives. Paraneoplastic pemphigus? Sure, I’ll take that. Oppositional defiant disorder? Sounds plausible. SARS? Juvenile arthritis? Asperger’s? Alpha-1 Antitrypsin Deficiency? All realistic contenders for what’s incubating in your sinuses, once the internet’s involved: it’s a veritable sweetshop of syndromes out there on the worldwide web. Purely for research purposes, I just typed my own Wednesday symptoms of a runny nose, a slight headache and “dry hair” (it asked, so why not?) into a diagnostic search engine (WebMD, if you’re interested) and was given a myriad of exciting possibilities in return, including cocaine addiction and epilepsy.

Considering how ridiculous this sounds, why exactly do we find cyberchondria so seductive? Partly, of course, because lying in bed with your laptop is a hell of a lot less strenuous than making and attending a doctor’s appointment. Partly because of embarrassment about conditions one might not feel comfortable bringing up with another human being (despite the fact that most of us have now become completely desensitised to such things after eating our dinners in front of a routine close-up of an infected scrotum on the weirdly captivating Embarrassing Bodies). And partly because the culture of cyber self-diagnosis involves more money than you’d think.

The internet – that shady character – hasn’t only made diagnostic material dangerously accessible, but some of its most prominent contributors (cough, Mail Online) make an astounding amount of money from eroding people’s trust in medical professionals. So well-known is this culture that there are websites collating everything the Mail has claimed gives you cancer, despite what doctors say (everything from artificial light, babies and bras to talcum powder, teen sex and Worcestershire sauce.) Almost every leading feature on DM’s Health section documents a sensationalist story of a “doctor’s failure” (example from this week: a girl who died after “doctors failed to talk to each other“.) Further proving my point for me, the Mail actually ran a story about the dangers of cyberchondria this week and linked halfway down the page to an article entitled “Why did it take doctors 20 years to spot the faulty thyroid that drove Ian to the very brink? Especially when it’s a problem that can affect one in 20 people.” IF ONLY HE’D HAD THE SENSE TO CHECK GOOGLE!

What the astronomical success of the Mail over the years has proven is that scaremongering sells as much as sex. Paranoia about your own health (because you stupidly indulged in that well-known carcinogen Worcestershire sauce with your probably-radioactive fried breakfast) mixed with scepticism about the professionals supposed to treat it (because “feckless doctors fail everyone” nowadays, don’tcha know) is a dangerous mix. And even though most of us might readily admit to Googling our sore throats, the cyberpsychology study points out that some so-called cyberchondriacs get trapped in a cycle of anxiety. In America, where the study was conducted, a number of people who had diagnosed themselves ended up obsessing about medical bills and job loss to the point where they became too worried to see a real doctor at all.

There are a number of reasons why people become hypochondriacs: because of a close family member having been extremely ill throughout their childhood, for instance, or from the worry of not being able to afford medical insurance. And while it’s easy to speak flippantly about hypochondria’s 21st century cousin, the propagation of cyberchondria is a business and we shouldn’t forget it.

Ultimately, a lot of people on the internet want you to think that you’re ill. Don’t make yourself ill over it.