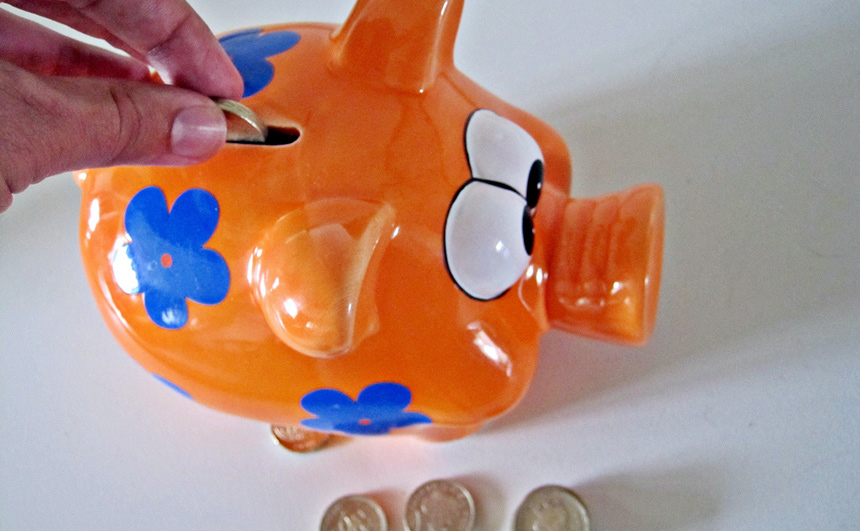 How Being Poor Makes You Poor

Why are the rich rich and the poor poor? It’s a question that gets asked a lot, and a question we should continue asking.

Do the wealthy simply work harder and for longer hours? Are they more willing to take risks and make sacrifices, while the destitute tend to sleep in past 10:00 a.m. and splurge all their cash on Cool Ranch Doritos Tacos from Taco Bell? Or is it more circumstantial—meaning, are the haves forged in homes where education is valued and opportunity abundant, while the have nots come from generation after generation of just scraping by?

According to the BBC, income inequality in the U.S. has grown for nearly three decades, and in 2012 this disparity reached record-breaking proportions when the top one percent of U.S. earners collected 19.3 percent of all household income. For some policymakers and members of the public, this is a problem—and it’s a problem that cannot properly be addressed without examining both the personal and systemic reasons for why some end up so rich while others end up so poor.

Relying on data collected from numerous tests and experiments, the co-authors argue that the mental toll of constantly having to deliberate over which credit card should be paid down first or jar of peanut butter placed into the shopping cart depending on the sale both depletes one’s cognitive resources and diminishes the importance of planning for tomorrow, since today’s demands feel just so damn demanding. In other words, when you’re struggling with the necessity of treading water, the ability to calculate which shoreline is closest becomes a luxury.

“Give your computer 16 programs to run at once, and everything slows down,” Shafir told me. “It’s just doing too much at once.”

But enough with the metaphors. On to the empirical evidence.

IN ONE EXPERIMENT, THE authors asked participants to imagine that their car required a repair costing $300, which they could either pay for immediately, take out a loan to cover, or ignore completely. The authors then provided the participants with a series of computer-based questions intended to measure their capacity for logical thinking, cognitive function, and problem solving. All of the participants, whether rich or poor, demonstrated a similar level of intelligence.

However, when the authors repeated this experiment using a repair costing $3,000, the poor fared far worse than the rich, sometimes dropping up to 13 IQ points, or the equivalent of one night’s sleep.

Based on their findings, then, it appears that the presence of scarcity somehow creates tunnel vision in the brain. While this outlook helps focus the mind on urgent issues, it also clouds any and all appointments, errands, and aspirations currently residing on the periphery. A life of poverty, then, tends to perpetuate poverty.

“Mental bandwidth is what we use to devote attention, make decisions, and resist temptation—it’s what psychologists call ‘proactive memory,’” Shafir said. “It’s long been know that proactive memory is hurt when you load your working memory. If you have to remember a seven-digit number, for example, you will remember less of what you need to do. Just by loading your bandwidth and your working memory, you’ll do many things wrong.”

And yet the authors’ research isn’t limited to the poor and their lack of money, either. In Scarcity, Mullainathan and Shafir argue that this narrowed mindset can occur in anyone for a multitude of reasons, whether it’s through a dearth of time, food, or friendship. No one is immune.

FOR CRITICS WHO INSIST that the authors have indeed confused the order of cause and effect—that the poor are poor because they lack intelligence and willpower, à la Romney’s 47 percent, and not the other way around—Shafir maintains that’s simply not the case.

“In some sense, the most exciting part of our studies is that whatever it is you think made people poor, what I know is that everything we’re getting has to do very clearly with the context of being poor, not with the people themselves,” Shafir said. “The poor and the rich perform equally well in one context, and then when you impose the context of scarcity, all of a sudden [the poor] perform less well, even though it’s the same people.”

While what the authors are describing is somewhat different than stress—which, in the right quantities, can be a beneficial force for completing a task—all of this might seem rather obvious to those who live in chronic poverty or have undergone a period of financial hardship. Being broke is tough. Not only does a lack of money restrict what you can do, but now your survival also involves an endless amount of compromise over the most basic of goods and services. To return to the bandwidth metaphor, it’s like browsing the Internet while your computer downloads a file, ad infinitum. It’s impossible to stop dwelling on unpaid utility bills when you have absolutely no idea how you’re going to pay them.

But judging by America’s polarized political landscape, what’s commonsense to some isn’t common to all. In light of this, Shafir says he hopes the data will create an “empathy bridge” between the opposing camps, and perhaps also demystify the poor’s plight for some policymakers in Washington. Practical solutions the authors offer include automatically depositing wages into savings accounts and pill bottles that glow when they haven’t been opened in a while. Basically, anything that serves to liberate bandwidth.

As former U.S. Secretary of Labor Robert Reich says in the upcoming documentary film Inequality for All, “Of all developed nations, the United States has the most unequal distribution of income, and we’re surging toward even greater inequality.” It’s a trajectory toward prosperity for some and ruin for the rest. Although Mullainathan and Shafir’s research certainly doesn’t address every facet related to this growing disparity, it does directly confront the complicated question of why the poor have such a difficult time, as some like to say, pulling themselves up by their own bootstraps.