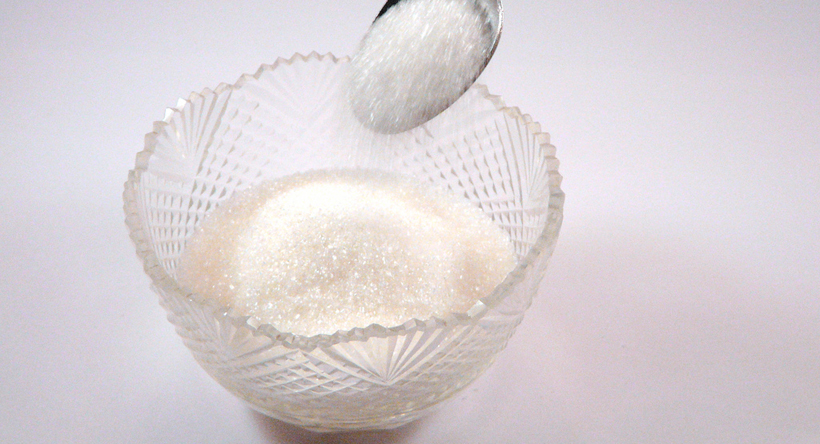 Give Up Sugar: The One ‘Crazy’ Thing All Nutritionists Agree Is a Good Idea

For every person recommending some new health fix, there’s another person telling you to try the opposite. Here’s one area where everyone who knows the score is on the same page.

It’s been called a poison, a drug and a toxin, and scientists have started blaming it for everything from obesity to heart disease to diabetes. It’s sugar—specifically, added sugar, not the kind in fruit—and while we all know we should eat it “in moderation,” that can be almost impossible (we’ll explain why in a minute). While there are a million ways to lose weight, feel better and improve your health, giving up added sugar—as unfathomable as that might seem to those of us who live for sweet rewards, motivators and indulgences—is the only strategy that health care providers everywhere would support. Here’s why:

1. Sugar is harder to resist than any other food.

We need sugar to function—without it, we’d quickly power down. It’s so important, in fact, that our bodies have the ability to synthesize it from fat, complex carbs and protein through processes that take place in the liver. But when presented with effort-free sugar on a platter (or in a drinking glass or a candy box), our bodies go wild. Sugar is even more compelling than fat, found a recent study in the American Journal of Clinical Nutrition. Researchers tracked brain activity in more than 100 high school students while they drank chocolate-flavored milkshakes and found that shakes that were high in sugar but low in fat fired up the brain’s reward circuitry just as strongly as super-decadent shakes that paired sugar and fat in large quantities. Increasing the fat content of the shakes didn’t have the same effect, affirming that sugar was what the students’ brains really wanted.

The idea of a “sugar addiction” isn’t just a concept broadcast far and wide by your green-juice-obsessed neighbor. Experiments with both people and animals have shown that sugar affects the brain in the same way that morphine and other opioids do, and when sugar-addicted rodents were suddenly taken off the stuff, they went through withdrawal—complete with the shakes and anxiety. They had become chemically dependent, explains Nicole Avena, PhD, a neuroscientist with the New York Obesity Research Center at Columbia University who was involved in these studies and is the author of Why Diets Fail (Because You’re Addicted to Sugar). Humans get hooked, too. The more sugar we eat, the more we want, Avena says, and we need increasing amounts of it to keep producing the same euphoric effects. That’s one of the main reasons people who say they’re just going to have a tiny scoop of ice cream (and really mean it) end up eating four scoops.

3. It makes you gain the worst kind of fat.

Consuming refined sugar won’t only lead to a gain in body fat, but it can also cause you to develop fat inside your liver, and that’s a major health risk, explains Robert H. Lustig, MD, MSL, an obesity expert and the author of Fat Chance: Beating the Odds Against Sugar, Processed Food, Obesity and Disease and The Fat Chance Cookbook. When you eat more fructose (the sweet molecule in sugar) than your liver can handle, the liver turns the excess into fat. Some of it gets transported out and lodges in the arterial walls, increasing your risk of heart disease, while the rest accumulates inside liver cells, leading to non-alcoholic fatty-liver disease, making your liver sick. Lustig says this causes insulin levels to rise, which drives up blood pressure and increases your risk for pancreatic burnout and diabetes, lipid problems and cancer.

4. It makes you old beyond your years.

Consuming a lot of fructose, such as in the much-maligned (but still much-consumed) high-fructose corn syrup, accelerates cellular damage and aging, Lustig says, and causes cells all over the body to die off faster than normal. A fatty liver plus a high percentage of these rapidly decaying cells puts you at a higher risk for cancer, cognitive decline and other degenerative diseases, he says.

Eighty percent of all packaged foods contain sugar, Avena says, even many items that don’t seem particularly sweet. Bread, pepperoni and other cured meats, ketchup, tomato sauce in jars, peanut butter (even many “all-natural” brands), savory crackers—these are just a few of the unexpected foods that Avena says contain surprise amounts of non-naturally-occurring sugar, making it hard for us to stay below the American Heart Association’s recommendation of six teaspoons per day.

6. …And it’s often hiding out under an alias.

If you’re sold on the idea of avoiding sugar, then you know you’ll have to watch out for high-fructose corn syrup, too. And cane syrup. And molasses. Agave. Caramel. Dextrose, glucose solids, d-mannose…Avena says there are more than 50 names for sugar, and many of them are cryptic and easy to overlook. Scour labels to make sure that you recognize all the ingredients (for example, a bag of potato chips should contain potatoes, oil, salt, and that’s it).

As a reminder, always consult your doctor for medical advice and treatment before starting any program.